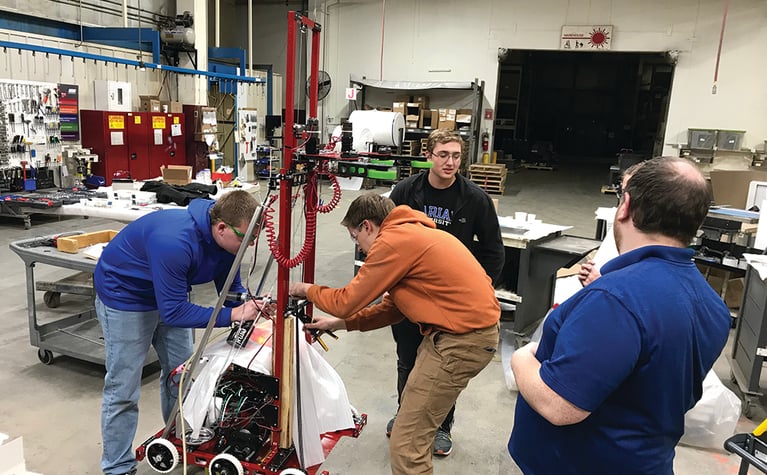 Can a Fun Robotics Competition Spark New Interest in the Manufacturing Industry?

For about four years, HUI has been sponsoring a high school robotics team called Fondy Fire (FRC Team 2194). A few weeks ago, the team competed against other high school teams at the Wisconsin Regional in a challenge called the FIRST Robotics Competition. We’re proud to announce that at the end of this regional tournament the team learned they had qualified for the World Championship in Detroit. It’s great having such an impressive team representing the company, but what’s most rewarding is the experience we get to help create for these young minds.